$250,000.00 Settlement for Madia Law Client Who Was Urinated On In North Dakota Oil Field

On Wednesday, Madia Law joined the Equal Employment Opportunity Commission and Ebeltoft Sickler in requesting that the United States District Court for the District of North Dakota approve a quarter-million dollar settlement and consent decree. 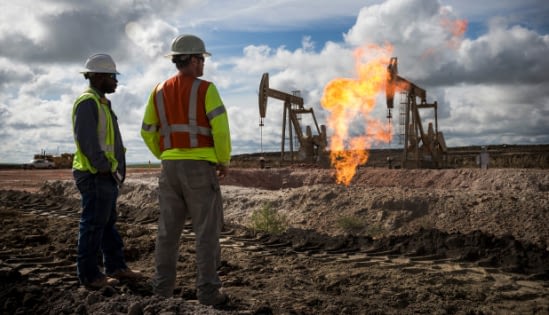 What follows is a summary of Mr. Clark’s allegations, including slightly edited and abbreviated excerpts from his Complaint. Mr. Clark and the EEOC alleged that American Casing violated Title VII of the Civil Rights Act of 1964 and the North Dakota Human Rights Act.

American Casing is an oilfield service company headquartered in Williston, ND, providing services to customers in North Dakota, South Dakota, Montana, and Wyoming. Almost all of Defendant’s employees are White/Caucasian.

Mr. Clark, who is of Filipino descent, was hired via the telephone to drive truck, weld, and to help dig holes used in oil field fracking. When he showed up for work on his first day in November 2012, the hiring manager looked at him perplexed and then said, “well, I guess you don’t look like you do drugs.”

Shortly after Mr. Clark’s hire, several employees noted that the man in charge of the company’s rat hole division treated Mr. Clark disparately. For example, he would talk “through” Mr. Clark rather than to him and would treat Mr. Clark like a child. In response to this, Mr. Clark’s immediate supervisor informed Mr. Clark that it was well known that the man was “racist.”

Unfortunately for Mr. Clark, there were other supervisors and employees who also treated him disparately on account of his race and national origin.

In addition to being openly discriminated against by supervisors and others, Mr. Clark was also treated disparately in more discrete ways. For example, in approximately March 2013, a newer White/Caucasian employee who had only worked for the company a few weeks was considered for a third operator job—a position for which Mr. Clark had more experience. This was true even though the standard practice was to first consider those who had worked for the company longest and had more experience.

In late June or early July 2013, Mr. Clark was working with his immediate supervisor. The two were lying on the ground under the digger machine and replacing a leaf spring. Their legs were exposed but they were otherwise covered and unable to see much more than the digger on which they were working. The Shop Manager approached Mr. Clark while he was laying on the ground and urinated (while laughing) on Mr. Clark’s legs. Another defendant employee witnessed the incident. Mr. Clark complained about the incident to his immediate supervisor—who told Mr. Clark that while he could consider telling the Defendant’s owner, “I bet you nothing will happen… you’ll probably get fired.”

Several days later, another employee informed Mr. Clark that the Shop Manager told many employees he had urinated on Mr. Clark. In light of his supervisor’s warning, Mr. Clark was concerned that further reporting the issue would lead to retaliation. Meanwhile, Mr. Clark continued to be the victim of openly hostile and discriminatory conduct.

In October 2013, while on location and digging a hole, a Defendant owner’s son-in-law (also an employee of the company) approached Mr. Clark and told him that he heard the Shop Manager had urinated on him and that he had informed his father-in-law. The son-in-law then told Mr. Clark that the owner dismissed the report.

In approximately the last week of November, Mr. Clark’s immediate supervisor himself directly reported all of the discriminatory conduct to Defendant’s owners. Still, Defendant’s ownership and management did nothing and allowed the racist and hostile conduct to continue.

On January 23–24, 2014, Mr. Clark submitted verbal and written complaints regarding the discrimination he had suffered to Defendant’s Safety Manager.

The very next day—January 25, 2014, Defendant terminated Mr. Clark in retaliation for reporting the discrimination.