THE PROCESS TO REPORT POLICE MISCONDUCT

The paths to take, or perhaps reconsider, in Minnesota

If you’re in the unfortunate position of feeling victimized by the police, Minnesota has guidelines of how to file a complaint and the process through which that complaint should go. 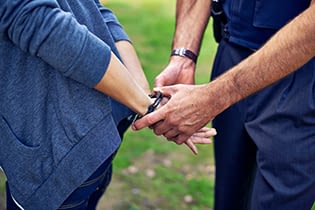 The traditional route begins with the procedure outlined by that police department, including filing any evidence or documentation you may have of what transpired. The Minneapolis Police Department publishes complaints, their results and the nature of the complaint, stating there are civilian investigators looking into these claims. You can even track complaints and search for similar complaints by category.

If a complaint makes it past the initial phase, it is investigated and a review panel makes recommendations for discipline (which the police department also publishes). If an officer or their union representation wishes to refute this discipline, the reports are sent to an arbitration panel to have a hearing on the recommendation.

You can appeal this result to the appellate court and, even higher, to the Minnesota Supreme Court. Most cases don’t get appealed this high on mere disciplinary measures. Many alleged victims turn to the civil courts instead, seeking to file a lawsuit for damages.

Rather than starting the process by reporting to the police, however, Minneapolis civil rights attorney Joshua Newville says you’d be better off going straight to an experienced advocate.

“The reality is that, when they try to file complaints, an alleged victim is pressured from the sergeant taking the complaint not to file the charge. They threaten or lecture the complaint-maker on the difficulties of being a police officer, rather than taking the complaint. At most precincts, you speak to the sergeant on duty or an internal affairs officer, and when one does so they are strongly dissuaded from going through the process,” Newville says.

Even the online reporting tool includes the warning, “Please be advised that Minnesota law makes it a criminal offense to make a knowingly false and defamatory report of police officer misconduct.” After going to an attorney, they can file the complaint on your behalf, help you gather evidence and documentation, and file suit.

If, instead, you start with the police, Newville says, “This evidence is almost never given or ever seen. Even the paths that are open for citizens to complain about misconduct aren’t really open. Right now, I don’t think that you have much hope of a complaint working through a police department.”

Up until 2012, there was a robust civilian oversight review committee in Minnesota. This was an independent commission that made recommendations on police misconduct and had authority to discipline officers. But a law changed that. As a result, “civilian oversight over these cases has all but disappeared,” Newville says. “The committee was gutted of all authority. The ability for citizen oversight of these cases and the officers of which they have charged with protecting them are no longer interested in hearing what people have to say.”

Police unions can get in your way, too, Newville says. “The unions use their power to fight ferociously to prevent discipline entirely or to prevent enforcement of any discipline. Even in cases with the most abhorrent conduct that would shock the conscience of any human, the unions fight to overturn these disciplinary actions. And the arbitrators are not often questioned in their decisions to render no discipline at all.”

If an alleged victim disagrees with the arbitration panel, they can appeal the decision to the courts, like this 2018 appellate decision, which was only the second time in state history that a court overturned a panel decision.

While reaching out to a lawyer first may give you a better shot than starting with the police procedure, Newville says it by no means guarantees you’ll receive justice.

PrevPreviousWhat do I do if I’ve been injured at work?
NextWHY POLICE MISCONDUCT CASES OFTEN DON’T MAKE IT TO TRIALNext
Menu
Menu