I’ll admit it.  When I first learned about ” The Woman Question” during my first year of a law school, I wasn’t impressed.  I immediately equated this feminist approach to the world (and particularly, to the law) with what I felt was as an overly radicalized modern feminism. 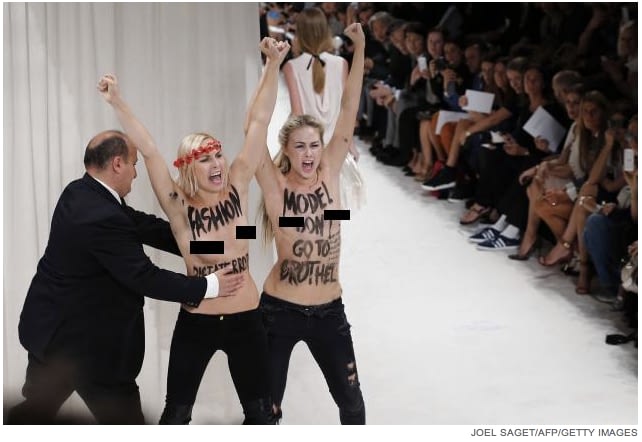 This week, I was reminded of The Woman Question.  A new study (conducted by the University of Toronto and published September 16) shows that I wasn’t alone in my thoughts on feminism.  As a society, the study determines, we tend to distrust movements heavily supported by overt activism.  Salon’s Tom Jacobs concludes:

So the message to advocates is clear: Avoid rhetoric or actions that reinforce the stereotype of the angry activist. Realize that if people find you off-putting, they’re not going to listen to your message. As Bashir and her colleagues note, potential converts to your cause “may be more receptive to advocates who defy stereotypes by coming across as pleasant and approachable.”

As a threshold matter, the angry activists have reason to be angry.  American women make 81 cents on the dollar when compared to men.  The United States is one of only 8 countries in the world that don’t offer paid maternity leave (with the likes of Suriname, Liberia, Palau, Papua New Guinea, Nauru, Western Samoa and Tonga).  In 2011, women ran only 12 of the Fortune 500 companies.  In 2010, women accounted for only 31.5% of all lawyers.  Unfortunately, I could go on with employment (and other) disparities.

In any event, as I’ve come to learn since that first year of law school, the kind of strident activism employed by groups such as feminists, environmentalists, and gay rights advocates serves one incredibly important purpose: it forces those in a position of power to pay attention, to take pause, to ask questions.

The philosophy behind The Woman Question isn’t angry activism; done right, it’s not even activism.  Society–particularly lawyers, politicians, and employers–would be wise to consider its philosophical underpinnings.  While the law has come a long way, there is much to be done to ensure fairness and equality in both the workplace and society in general.

Make no doubt about it, policies that focus on neutrality and objectivity (largely achieved by strident activism) brought us much of the way.  Such policies are important.  But they’re not enough.  It hasn’t been that long since an open and accepted atmosphere of blatant sexism placated the very systems meant to reflect our societal values.  Women in “the world’s oldest democracy” have had the right to vote for less than 100 years.  Generations of subservience and acquiescence to males and the male-dominated legal system will not be undone overnight.  Principles of objectivity and neutrality will not be enough.  Nor will more strident activism do the trick.

To protect and promote the significance of the progress made, and to urge it along, modern feminists are weighing in with contributions far more sophisticated than either strident activism or pure neutrality/objectivity.  Their contributions offer valuable insights into the legal world and the justice it seeks to accomplish.

Perhaps the loudest call from modern feminist legal theorists is for the eradication of neutrality with respect to legal rules.  Catharine MacKinnon, for example, suggests that such overhaul begin with legal education.  She writes, “Feminists have both used gender neutrality and criticized its limitations.  A deeper critique leads to a criticism of neutral principles in constitutional law generally in favor of substantive contextualized approaches.” Mainstreaming Feminism in Legal Education, 208.

The crux of her argument echoes the sentiments of the typical modern feminist legal theorist – that the law has generally come to be seen, and thus taught, as an objective set of rules designed by citizens to govern their society.  But, according to MacKinnon and others, the law isn’t actually objective; rather, it is almost invariably a reflection of male-dominated thinking.

Feminist legal theorists are frustrated by what they essentially describe as an atmospheric sexism present in the legal world.  Sandra Petersson’s discussion surrounding sexist language provides an example:

I refer to the legislative authority to use words denoting males when referring to both sexes as ‘the masculine rule.’  For example, until recently federal interpretation legislation provided that ‘[w]ords importing male persons include female persons and corporations.’  This provision supplies the argument that any word seeming to refer to men also includes woman.

With the law reflecting a male-only perspective, it necessarily discriminates against women because it has excluded them from the process.  In the opinion of MacKinnon, Petersson, and Katharine Bartlett, the law should instead be viewed through a subjective lens, and must be dramatically changed if it is to adequately represent the views of more than straight, white, upper-class males.

In order to overcome the oppression that has been imposed on women by a male-biased legal system, Bartlett urges the adoption of certain practices, starting with encouraging lawyers, judges, professors, law students, and others to consistently couch analysis of legal rules in The Woman Question.  See Feminist Legal Methods. 103 Harv. L. Rev. 831, 1990.  Says Bartlett:

Once adopted as a method, asking the woman question is a method of critique as integral to legal analysis as determining the precedental value of a case, stating the facts, or applying law to facts.  ‘Doing law’ as a feminist means looking beneath the surface of law to identify the gender implications of rules and the assumptions underlying them and insisting upon applications of rules that do not perpetuate women’s subordination.  It means recognizing that the woman question always had potential relevance and that ‘tight’ legal analysis never assumes gender neutrality.

Feminist Legal Methods, 843.  While Bartlett concedes that asking The Woman Question necessitates a consistently subjective approach to the law, she and others argue that such an approach is crucial.

Initially, the idea of abandoning objectivity in the creation and enforcement of legal rules seemed incredibly difficult for me to accept.  By purposely positioning oneself in the position of the disadvantaged, it can seem as if law practitioners, makers, teachers, and scholars may unwittingly be contributing to the perpetuation of the very discrimination they seek to abolish.  At first, I thought, holding the spotlight on the differences of persons subject to the legal rules struck me as foolishly shortsighted – ensuring the long continuation of stereotypes and misunderstandings between such factions.

But, Mari Matsuda’s keynote address at Yale Law School in April, 1988 provides a refreshingly optimistic challenge: that shortsightedness might actually work the other way around.

A professor once remarked that the mediocre law students are the ones who are still trying to make it all make sense. That is, the students who are trying to understand the law as necessary, logical, and co-existive with reality. The students who excel in law schools – and are the best lawyers – are the ones who are able to detach law and to see it as a system that makes sense only from a particular viewpoint.  Those lawyers can operate within that view and then shift out of it for purposes of critique, analysis, and strategy. . .  The multiple consciousness I urge lawyers to attain is not a random ability to see all points of view, but a deliberate choice to see the world from the standpoint of the oppressed.

When the First Quail Calls: Multiple Consciousness as a Jurisprudential Method, 299.

Thus, I have come to believe that it is imperative for those who work with the law to make an effort to effectively and appropriately apply concepts such as The Woman Question.  To see a continuation of the progress and advancement that so many have fought so hard for, to see a workplace where women are equally valued and also uniquely considered, it is imperative that modern feminism have a place not only relegated to strident activism.  Each of us, particularly those in the employment law world, must continue to take pause and ask ourselves how our work advances these principles.