https://mlmmojx6wrxm.i.optimole.com/wt6_aTM-WzVEsTQJ/w:auto/h:auto/q:auto/https://madialaw.com/wp-content/uploads/2013/01/screen-capture-30.pngThe Twin Cities leads the nation in racial inequality in the workplace.  A study released last month by the Institute on Metropolitan Opportunity at the University of Minnesota Law School suggests one potential contributory reason for the inequity between black and white employees in Minneapolis and St. Paul: segregation that begins in school. 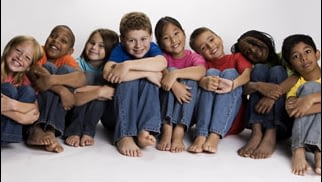 In the late 1980’s, Minnesota began allowing for open enrollment between school districts.  Provided that parents provide for transportation if they elect to put their children in a school outside of their home district, they may send their children to whatever Minnesota public school district they see fit.  The study results suggest, however, that racial discrimination may be one reason parents are choosing to send their children’s to different districts.  According to the Star Tribune:

• The three large city districts of Minneapolis, St. Paul and St. Cloud each lose substantial numbers of students under open enrollment. Loss of white students to nearby districts represents a large majority of each district’s net losses.

Not only is white-flight a problem at inner city schools, but attempts to encourage racial integration among suburban districts is being met with fierce opposition. In September 2011, Superintendent Melissa Krull was forced out of the Eden Prairie School District when parents became enraged at her efforts to ensure racial integration.

The fact that there is also an achievement gap between black and white students in Minnesota and that the Twin Cities leads the nation in racial inequality in the workplace means the study’s results are especially concerning.  According to the Minnesota State Demographic Center, “By 2035, 44 percent of Hennepin County residents and 48 percent of Ramsey County residents will be people of color. In the suburbs, the non-white population will double by that time.”  If the Twin Cities is unable to address the matter, we may be headed in the direction of Milwaukee – the most segregated city in America.

According to one study, the employment discrimination situation in Milwaukee is grim:

“A young, white, male high school graduate with a felony conviction applies in person for entry level jobs as a driver, a dishwasher, a laborer, warehouse worker and production worker that are advertised in the newspaper and admits to employers that he served 18 months in prison for possession of cocaine with intent to sell.

A young black man with similar education, work history and style of presentation, but with no criminal record, applies for the same jobs.

Who do you think is more likely to be called back?

If you picked the white man with the felony conviction, you guessed right.

This study offers evidence that discrimination remains a major factor in the economic lives of black men, and highlights the fear and misunderstanding of black males that permeate the local job market.

Devah Pager, a sociologist at Northwestern University in Evanston, Ill., sent equally matched pairs of testers – two black and two white – to apply for low-skilled jobs at 350 places of employment in the Milwaukee area and found that white ex-offenders were more likely to be called back for an interview than black applicants who had no criminal record.

The study, titled “The Mark of a Criminal Record,” was conducted in Milwaukee between June and December 2001, and the results were released last month.

“It shows there’s a great deal of work that has to be done in the education of employers and working on attitudes,” says Julia Taylor, president of the Greater Milwaukee Committee. “This type of racial disparity in employment practices really impacts us as a region. It impacts our work force, and it really impacts how the inner-city moves forward.”

Pager chose Milwaukee for her experiment because it is representative of most large metropolitan areas in its size, racial demographics and industrial base, she says.

The study’s findings would surprise few African-Americans in this city, who know from experience that this kind of discrimination exists in the job market. Research shows that white Americans, however, have been led to think that direct, racial discrimination of this nature has become less of a problem in our society.”

The combination of the current employment inequities with school district white-flight and the expected demographic changes in the Twin Cities over the next 20 years suggests that racial discrimination by employers may not be going anywhere, and may even suggest a potential increase in race discrimination cases pursuant to Minnesota and federal employment laws.

In disparate treatment cases, employers are found to be liable for racial discrimination if the employer treats employees in similar situations differently based upon race. As an example, if an employer fires John for being late but does not fire Jane for being late, and the only reason for the difference in treatment is because of John’s race, that employer will be held liable for the discrimination. In disparate treatment cases, employment lawyers seek to highlight facts that show obvious racial bias, prejudice, etc. Such facts include things such as a supervisor’s use of derogatory slurs, or something as subtle as a supervisor consistently ignoring employees of a specific race in the break-room.

In disparate impact cases, employers are found to be liable for racial discrimination if the pattern and practice of the employer is such that there is an adverse and differing impact to employees of different races. So, even if there is nothing that blatantly suggests racial discrimination, an employer can be held liable if there is a disproportionate difference in how their employees are affected. Discrimination in hiring practices is one scenario that is more likely to be a disparate impact case than a disparate treatment case. Although an employer may appear to be facially neutral in its hiring practice, even subconscious racism by a hiring manager, for example, can lead to a disproportionately negative impact on racial minorities; this report suggests that there may be a prevalence of such issues in Twin Cities workplaces.

It is imperative that Minnesota families, employees, and educators recognize that racial discrimination, whether intentional or not, is still alive and well in our state.  Schools and businesses must take active steps to prevent such discrimination in their practices; those that don’t may find themselves on the defending side of discrimination lawsuits in state or federal court.