WHY POLICE MISCONDUCT CASES OFTEN DON’T MAKE IT TO TRIAL

The cases brought in the names of Philando Castile, Terence Crutcher, Tamir Rice and Freddie Gray never made it to trial. Each was brought to a halt earlier in the civil court process. This is an all-too-common occurrence, says Joshua Newville, a civil rights attorney in Minneapolis. 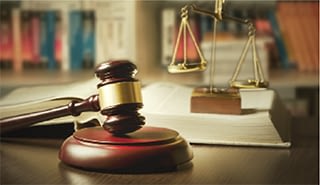 “It can be disheartening to see a flood of cases that overwhelmingly side with police officers,” he says. “Judges, like most Americans, want to believe that the people we choose to protect us aren’t capable of the heinous acts that they are accused of. They truly at their core want to believe that. In some of these cases, [the belief] clouds judges’ summary judgment and qualified immunity analysis in a way that it shouldn’t.”

As soon as a lawsuit is filed alleging police misconduct, it is assigned to a district court judge. The attorney defending the police officer then has the option to file myriad motions seeking to dismiss the suit or certain elements of it (an item of evidence, for example). The defense attorney can also file motions for hearings that, depending on their result, can also stop a case before it reaches a jury trial.

Practically speaking, an alleged victim must win at several of these hearings to be allowed to be given an opportunity for settlement or a civil jury trial. If they do win, Newville says settlement offers often become much more substantial.

A hearing for summary judgment is a common one that gets in the way. At this hearing, an alleged victim must prove to the court that there is a dispute on a material fact relating to the claim, and a reasonable jury could believe the allegations that would allow them to prove liability. This can be difficult to prove in many civil cases, but in police misconduct cases, specifically, it often hinges on a he-said, she-said situation. That should be viewed as the very definition of a dispute as to the material facts, Newville says, but judges often rule otherwise and the case doesn’t move beyond this hearing.

There is another standard in police misconduct or brutality cases: the qualified immunity standard. An alleged victim must prove two things:

“These two standards collectively have been used to throw police misconduct cases out far too often,” says Newville. “The numbers are disproportionate to other cases. The rulings coming out of the court seem to show that these standards are being applied in a way that isn’t fair to police victims.”

In her dissent on Kisela v. Hughes, U.S. Supreme Court Justice Sonia Sotomayor agreed: “Such a one-sided approach to qualified immunity transforms the doctrine into an absolute shield for law enforcement officers, gutting the deterrent effect of the Fourth Amendment. It also sends an alarming signal to law enforcement officers and the public. … It tells officers that they can shoot first and think later, and it tells the public that palpably unreasonable conduct will go unpunished.”

What can a victim of misconduct do?
Before making any complaints with the police, gather all the evidence you can (e.g. witness statements, videos, pictures of injuries). Then find an experienced and reputable civil rights litigation attorney immediately. Despite the challenges they may face, a victim must try to make their voice heard, Newville says. “The last bastion of hope is the courts.”
PrevPreviousTHE PROCESS TO REPORT POLICE MISCONDUCT
NextHow Targeting Ads may make Employers the Target of a LawsuitNext
Menu
Menu