A San Diego hospital and doctor have been sued by an 18-year-old intern who alleges sexual harassment, sexual battery and assault, hostile work environment, and negligence.   The plaintiff, who was only 17 at the time he began an internship at San Diego Memorial Hospital, alleges that cardiologist David Hicks sexually harassed and assaulted him and that the hospital failed to adequate address a pattern of sexual harassment at the hospital. 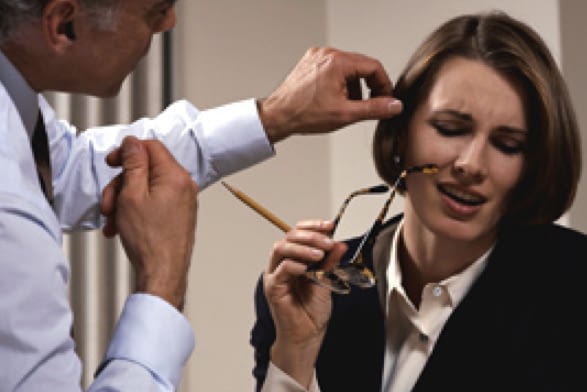 In Minnesota, hospitals and clinics that receive complaints of sexual harassment by doctors (either from employees or patients) have many reasons to err on the side of caution when deciding whether or not to discipline such doctors.  In addition to employment law claims, hospitals may be subject to a tort action for negligent retention of the doctor if the same alleged harasser goes on to sexually harass and/or assault another employee or patient.  Further, there are significant protections under Minnesota law for healthcare employers who take such preventative actions as to remove the doctor’s employment and/or privileges to practice.

Hospitals and clinics that fail to properly discipline doctors who sexually harass employees may be the subject of a lawsuit under Title VII and/or the Minnesota Human Rights Act.  In addition to employment law claims, hospitals who receive multiple reports of sexual harassment against the same doctor would do well to take immediate action; the Minnesota Supreme Court recognized in Larson v. Wasemiller, 738 N.W.2d 300 (Minn. 2007) that a private tort action exists for the negligent credentialing of a doctor.  Thus, in cases where there are multiple complaints of sexual harassment by a doctor, hospitals would do well to consider removing the doctor or else be subject to a negligent credentialing claim should the doctor go on to harass or sexually assault an employee or patient.

Federal courts have also held that hospitals may be subject to hostile work environment claims even where the the harassing doctor is technically not a hospital employee. See Santos v. Puerto Rico Children’s Hosp., (“[A] plaintiff’s employer may indeed be liable for a non-employee’s acts of harassment under Title VII if it knows or should have known of the conduct and fails to take immediate and appropriate action”).

Hospitals and clinics might argue that the risk of breach of contract claims by doctors prevents them from taking action on first-time reports of sexual harassment, but Minnesota law affords broad protections for healthcare providers that subject such doctors to professional review.  Pursuant to Minnesota Statute 145.63, and also pursuant to Title 42 U.S.C. § 11101-52, (the “Health Care Quality Improvement Act of 1986”), the Minnesota Supreme Court has held that hospitals and members of its professional review boards are immune from damages in physician actions challenging the revocation of their medical privileges, so long as they were acting in good faith in accordance with their duties and there was no malice toward the physician affected. Doctor’s Med. Clinic v. City of Jackson, 581 N.W.2d 30 (Minn. 1998)(relying on both M.S.A § 145.63 and Title 42 U.S.C. § 11101-52).

The Minnesota statute in particular seems to grant such protection even if the hospital’s professional review board delegates its authority to others, such as human resources professionals.

Federal courts have interpreted the HCQIA to grant broad discretion to a medical center board regarding its staff-privilege decisions. Bryan v. James E. Holmes Reg’l Med. Ctr., 33 F.3d 1318, 1337 (11th. Cir.1994).  Specifically under the Health Care Quality Improvement Act (“HCQIA”), a healthcare entity is immune if their review body meets all of the necessary standards. Title 42 U.S.C.A. § 11111(a).  The standards include: 1) “the reasonable belief that the action was in furtherance of quality health care, 2) the action is implemented “after a reasonable effort to obtain the facts of the matter,” 3) the action is taken “after adequate notice and hearing procedures,” and 4) there is a reasonable belief that the action is warranted based on the facts. 42 U.S.C.A. § 11112(a). “A professional review action shall be presumed to have met the preceding standards … unless the presumption is rebutted by a preponderance of the evidence.” Id; see also: Welchlin v. Fairmont Med Ctr., 2011 WL 2983154 (Minn. App. 2011).