It’s been a busy week for employment law and civil rights.  The impact of the past week’s Supreme Court decisions on these two areas of law cannot be understated.  The Voting Rights Act was gutted, killing protections put in place to prevent discrimination at the ballot box.  The Civil Rights Act was substantially weakened, stripping minority employees across the country from access to Title VII remedies. And although the news for same-sex couples was brighter, the Court’s narrow decisions on that front leave much work to be done in the struggle for equality. 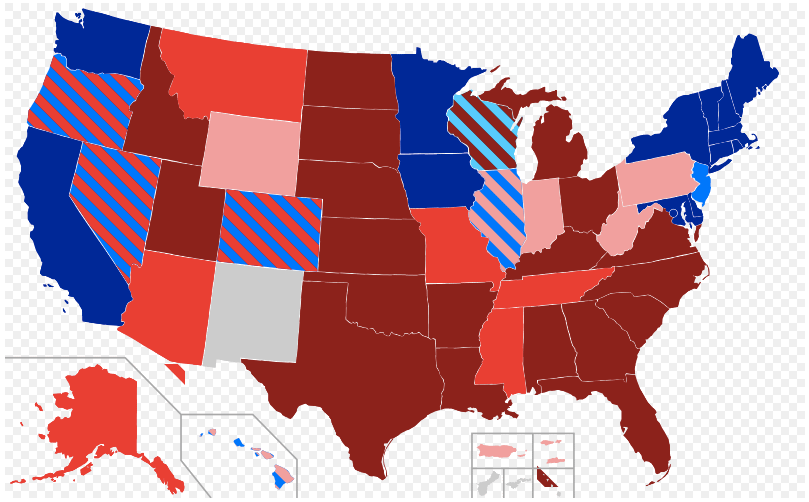 Wednesday, the Supreme Court released its decisions in United States v. Windsor (the “DOMA” case) and Hollingsworth v. Perry (the “Prop 8” case).  These two cases each had the potential to become landmark civil rights precedent, with monumental significance for gay and lesbian Americans; they were heralded by pundits as the most important civil rights cases of our generation.

Indeed, the decision in Windsor will go down as one of the most significant decisions in Supreme Court history; it struck at the heart of DOMA and declared gay and lesbians deserving of equal protection under the law.  The Court’s decision in Perry, on the other hand, will soon be brushed into the dusty corners of irrelevance; in that case, a group of five strange bedfellow Justices entirely ducked the question of whether same-sex couples are entitled to marriage equality.  Thus, the struggle for gay civil rights marches on – and there is a lot of ground to cover.

Make no mistake about it: Wednesday was a win – a win for same-sex couples in 13 states, gay and lesbians in general, for civil rights, and for the principles of equality, morality, and human dignity.  But, by the same token, the Court’s failure to reach the merits of the Prop 8 case also makes Wednesday a disappointment for millions of gay Americans, including same-sex couples in 37 states who continue to face discrimination by their government and the resulting stigma that they are less equal than their neighbors.

Understanding the reasoning, nuance, and the implications of these rulings is not a simple task.  But, when put against the backdrop of the myriad barriers still preventing gay and lesbians from being full and equal citizens, it is clear that there is much work to be done.  Some of that work will be made easier by Wednesday’s decisions, but most of it wasn’t even touched.  Consider:

“[D]ifficult choice-of-law issues. . . will now arise absent a uniform federal definition of marriage. Imagine a pair of women who marry in Albany and then move to Alabama, which does not “recognize as valid any marriage of parties of the same sex.”  When the couple files their next federal tax return, may it be a joint one? Which State’s law controls, for federal-law purposes: their State of celebration (which recognizes the marriage) or their State of domicile (which does not)? (Does the answer depend on whether they were just visiting in Albany?) Are these questions to be answered as a matter of federal common law, or perhaps by borrowing a State’s choice-of-law rules? If so, which State’s? And what about States where the status of an out-of-state same-sex marriage is an unsettled question under local law?”  (internal citations omitted) (emphasis in original).

“How easy it is, indeed how inevitable, to reach the same conclusion with regard to state laws denying same-sex couples marital status . . .  As far as this Court is concerned . . . it is just a matter of listening and waiting for the other shoe.”

As you can see, not only is there a significant failure of legislation protecting minorities to include sexual orientation, but there are still many laws that outright declare gay and lesbians as less equal.  Beginning to overcome some of these hurdles will be slightly easier in light of Wednesday, but we must not forget that as each day passes, our gay and lesbian friends, coworkers, neighbors, children, and other family members are forced to live in a world where they are considered less than equal citizens.