Rule 68 of the Federal Rules of Civil Procedure contains an interesting and nuanced option for civil defendants to settle a case. Rule 68 states in part, “At least 14 days before the date set for trial, a party defending against a claim may serve on an opposing party an offer to allow judgment on specified terms, with the costs then accrued.” Fed.R.Civ.P. 68(a). Essentially, the defendant may offer the plaintiff a settlement amount to try and end the case.

Here’s the catch for the defendant: if the plaintiff accepts the offer, judgment is entered against the defendant. Similar to a plea bargain in a criminal case, the defendant is admitting liability to avoid going to trial. 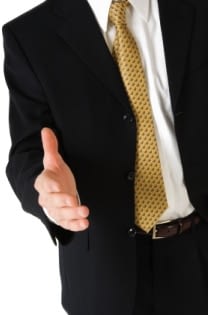 In other words, Fed.R.Civ.P. 68(d). Rule 68 seems to be a double-edged sword when not used strategically.

A.   Another Interpretation of Rule 68

Since a large aspect of this rule deals with attorneys’ fees, Rule 68 are litigated feverishly and can present some complicated scenarios. Imagine this hypothetical:

The parties litigate for a year and half, during which time the defendant refuses to engage in any settlement negotiations with the plaintiff.  Then, a few months before the jury trial, the defendant makes a Rule 68 offer to the plaintiff in the amount of $10,000 that includes, “all costs and fees now accrued.”

The plaintiff declines the offer and takes the case to trial, asking the jury for $90,000 in a combination of various types of damages. The jury finds the defendant liable on the equal protection claim only, and awards the plaintiff $1,500 in damages.

Civil rights claims brought pursuant to 42 U.S.C. § 1983 have a damages hook if the plaintiff is the prevailing party (a plaintiff “prevails” when he achieves success on any significant issue in the litigation, even if he only recovers nominal damages).

B. The Sixth Circuit’s Reasoning

The Sixth Circuit reversed the district court’s denial of awarding the plaintiffs attorney’s fees pursuant to 42 U.S.C. § 1988(b) because the district court improperly compared the plaintiff’s jury award without attorney’s fees and costs to the defendant’s Rule 68 offer that included attorney’s fees and costs. The court stated, “ . . . the ‘[final] judgment’ used to make this apples-to-apples comparison includes not just the damages award, but also the claimant’s pre-offer costs and fees actually awarded.” Id. at *8.

The appellate court remanded the case to the district court to calculate the plaintiff’s pre-offer attorney’s fees and costs and then to add that amount to the jury award to determine whether the plaintiffs’ final judgment was actually greater than the defendant’s offer of settlement.

The court explained, “if the district court determines on remand that the [plaintiffs’] pre-offer costs and fees exceeded $10,000— then the [plaintiffs] will have obtained a “judgment” (including their $5,000 jury verdict) more favorable than the City’s settlement offer of $15,000.” Id. at *9.

In Scheeler, the Eighth Circuit affirmed a district court’s findings that the plaintiff obtained a judgment more favorable than the defendant’s Rule 68 offer even though the damages award was less than the offer of settlement. Scheeler v. Crane Company, 21 F.3d 791, 792 (8th Cir. 1994).

In that case, the plaintiff brought a civil rights claim under the Iowa Civil Rights Act and prevailed against the defendant after a bench trial. The district court awarded the plaintiff $12,500 in damages “together with interest . . . and for costs of this action,” and the Iowa Civil Rights Act provides for reasonable attorney’s fees and costs to be a component of damages similar to 42 U.S.C. § 1988(b). Id.

Before trial, the defendant provided the plaintiff an offer of settlement pursuant to Rule 68 for $15,000. At the time the offer was made, the plaintiff had already incurred approximately $3,500 in reasonable attorney’s fees and costs and the plaintiff rejected the offer. Id. at 793.

The Eighth Circuit court agreed with the district court that the plaintiff’s final judgment was greater than the defendant’s settlement offer even though the plaintiff received $2,500 less in actual damages compared to the defendant’s Rule 68 offer. Id. The court reasoned that the defendant’s offer of settlement plainly stated the $15,000 offer included all costs and attorney’s fees then accrued and, therefore, the final judgment award should also include pre-offer attorney’s fees and costs to determine which amount is greater.

The court opined, “If the plaintiff’s payment of her own attorney fees was part of the Rule 68 offer, it is surely equitable that attorney fees be included as part of the recovery. This is the only way in which the offer can be fairly matched against the recovery.” Id. As a result, plaintiff was entitled to recover post-offer attorney’s fees because in fair comparison, the plaintiff’s final judgment award was greater than the defendant’s offer of settlement.

D. How This Comparison Applies

This issue relating to Rule 68 — whether a civil rights plaintiff received a “more favorable final judgment” in scenarios like our hypothetical — has serious public policy implications. Thus, other courts have also found that making an even comparison between the settlement offer including attorney’s fees and the damages award including attorney’s fees is the logical way to analyze the issue. See also Marryshow v. Flynn, 986 F.2d 689, 692 (4th Cir. 1993).

Not only have courts found this comparison as more logical, but also more equitable for civil rights claims. Plaintiffs’ lawyers would be far less eager to help a civil rights plaintiff bring a lawsuit vindicating their rights if there is no hope for attorneys’ fees to compensate the lawyers for their time. Civil rights claims, like equal protection, may not lead to a high amount of damages.

But, public policy should encourage citizens, like that officer applicant, to bring an equal protection claim despite her low damages to ensure that public employers do not violate the Fourteenth Amendment by treating their employees, applicants, and others adversely on account of their race. These lawsuits put the departments and other public entities on notice that rights exist for a reason and even though it seems like a “no harm, no foul” outcome, constitutional rights must be protected and not usurped by the government or its agents.

When that officer applicant brings an equal protection claim against the department, the applicant will have a good chance at winning the suit but likely did not incur much in the form of hard damages. Let’s assume the police department refuses to settle early, despite very incriminating evidence against it, and later provides a lowball Rule 68 offer two weeks before trial after the plaintiff had already incurred tens of thousands of attorneys’ fees. If the plaintiff receives a jury verdict for one dollar less than the defendant’s settlement offer, should the plaintiff be required to absorb her own attorneys’ fees as well as the defendant’s costs incurred between the Rule 68 offer and end of trial? The fees-included comparison method is clearly more equitable and would encourage plaintiffs and attorneys to bring civil rights claims.