Not My Fault, Your Honor. She’s Just Too Hot.

It’s a tactic long used by defendants in both civil and criminal cases.  From charges of rape to sexual harassment, men take the stand and point the finger at their female victims.  Claiming that they “asked for it,” or that they “wanted it,” such men have often found sympathetic audiences in judges and juries. 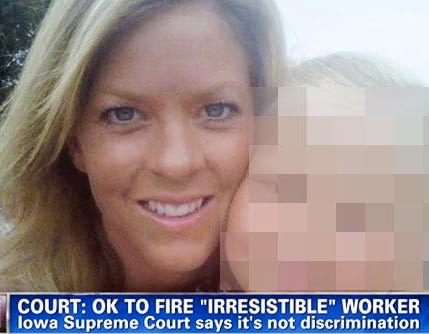 In three recent and sensational examples (one in Iowa, one in Minnesota, and one in Arizona), Defendants’ attempts to use the “blame her defense” have yielded strikingly different results.  While the cases are very different, both legally and factually, they serve as fascinating examples of a kind of defense that, despite such protections as Title VII and the Minnesota Human Rights Act, female victims must continue to grapple with.

Melissa Nelson’s former employer, Dr. James Knight, successfully argued that Nelson was just too “irresistible” for continued employment in his dental office.  Knight, who employed Nelson for over a decade, admitted that she was the best dental assistant he’s ever had.  Despite that admission and Nelson’s long-time dedication, when Knight’s wife became concerned that he was a bit too fond of his favorite assistant, Nelson was fired.

According to the decision, Knight told Nelson that she needed to stop turning him on, telling her that, “if she saw his pants bulging, she would know her clothing was too revealing.”  Nelson, who wore standard medical scrubs, was happily married and was shocked by her boss’ comments.  Although Nelson (1) stated (unequivocally) that she wasn’t interested in a relationship with Knight, (2) flatly ignored his attempts to engage in overtly sexual conversation, and (3) had her husband attempt to reason with him, Knight still (somehow) determined that it would be too difficult not to start an affair with her.  Accordingly, after Knight and his wife purportedly “agonized” over the decision, Knight consulted with his pastor, who recommended Nelson’s termination. 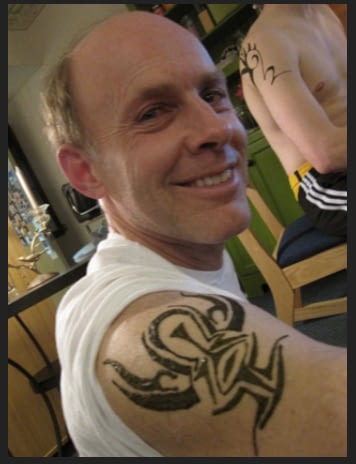 Nelson, who now works as a waitress, filed suit against Knight after her and her husband’s attempts to rationalize with Knight proved unsuccessful.  Nelson’s lawsuit didn’t allege sexual harassment; rather, she argued that her termination was the result of gender discrimination.   Like Minnesota, the State of Iowa prohibits discrimination in the workplace on the basis of sex/gender.  Wrongful termination as a result of such discrimination can result in expensive lawsuits for employers found to be engaging in such behavior.

The fundamental question before the court in this case was whether workplace discrimination due to “attraction” is functionally equivalent to discrimination on the basis of sex.  The seven men on Iowa’s highest court decided that, at least in Iowa, it’s not.  Citing several other courts (including a Kansas court that, “cannot agree with Plaintiff’s expansive definition of discrimination based on sex”), the justices concluded that an employee can be fired even though she hasn’t engaged in any flirtatious behavior and didn’t purposefully contribute to the “irresistible” attraction her boss has for her.

Nelson’s attorney, Paige Fiedler, told the Daily Mail that the Iowa Supreme Court, “sent a message to Iowa women that they don’t think men can be held responsible for their sexual desires and that Iowa women are the ones who have to monitor and control their bosses’ sexual desires. If they get out of hand, then the women can be legally fired for it.”

In RE Petition for Disciplinary Action against Clark Calvin Griffith, II

Griffith’s actions also resulted in criminal charges of indecent exposure.  Although he pled guilty to the charges, Griffith hedged, saying that he was only pleading guilty because he thought the weight of the evidence against him was strong enough to result in conviction, not that he actually did anything wrong.  (See: Alford plea)

Then, before and during his sentencing hearing, Clark argued that he was the victim.  From the St. Paul Pioneer Press:

She sat in the front row in his class, directly in his line of sight. She always dressed nicely. She lingered after class and sought his advice on career matters.

Those were among the statements former adjunct William Mitchell College of Law professor Clark Calvin Griffith, 70, gave to a probation officer, ostensibly describing how a 24-year-old student victimized him. Griffith was charged with indecent exposure after he unzipped his pants on a busy St. Paul street in front of the student, then kissed her.

“The defendant stated that he was the victim of a sexual assault and described this experience as very traumatizing,” Ramsey County District Judge George Stephenson said, quoting a presentencing report during a sentencing hearing Thursday, July 26.

In this case, the judge wasn’t having it.  The article went on to say that the judge “scoffed” at that account:

“Are you kidding me?” the judge said. “Come on, Mr. Griffith.”  When Griffith tried to interrupt, [the judge] said, “Don’t say another word, because you’re just pissing me off.”

The Office of Lawyers Professional Responsibility has not yet announced whether the Minnesota Supreme Court has made a decision regarding professional discipline of Griffith, although it has reported that William Mitchell College of Law terminated Griffith’s employment within days of the student’s report.

In a slightly different case, the judge in Arizona v. Evans didn’t wait for the criminal defendant to blame the victim.  She did it herself.

Gary Evans was a highway patrolman who sexually assaulted a woman at a bar in Flagstaff, Arizona.  At his sentencing hearing, the judge told the victim that the officer wouldn’t have stuck his hand up her skirt and groped her genitals if she hadn’t gone to the bar that night.