Approximately one year ago, the Mayor of Minneapolis, Mayor Betsy Hodges, unveiled her plan to address sick leave, scheduling, and wage theft issues in Minneapolis. In December, a 19-member group called the Workplace Regulations Partnership Group began meeting with each other and members of the public to construct an ordinance that would require employers located in Minneapolis to pay employees for days the employee is required to miss work either because the employee is sick or a member of the employee’s family is sick. The Group is made up of workers, organized labor representatives, employers, and representatives of business groups. Since December, the Group has held 14 listening sessions – sessions designed to get input from local businessowners and employees. 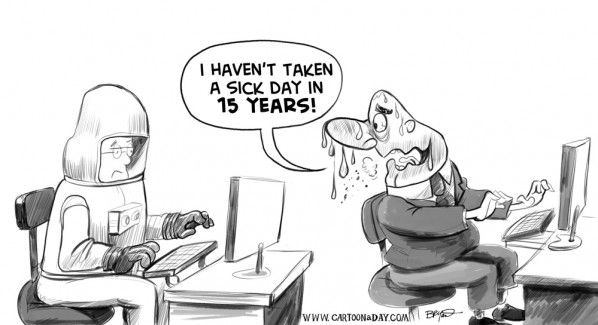 Research conducted by the Group has shown that “high numbers of low-wage workers – particularly women and people of color – lack access to paid leave and often face tough choices between coming to work sick or losing their job.” Erin Golden, “Draft plan for Mpls. Sick-leave ordinance would cover all but the smallest businesses”, MinnPost (March 9, 2016); see also Findings & Recommendations, Workplace Regulations Partnership Group, Presented to the Committee of the Whole at 6 (March 9, 2012) (“Estimates suggest that between one-third and one-half of Minneapolis residents do not have access to paid sick time, with those residents more likely to be women, [people] of color, and concentrated among lower-wage earners, working less than full-time.”) Further, the Group has looked at cities that have implemented similar ordinances and found that such ordinances have resulted “in modest public health improvement and a reduction in ‘presenteeism’ (coming to work sick).”  “Draft plan for Mpls. Sick-leave ordinance” at 7.

The proposed ordinance would require employers in Minneapolis with more than 3 employees to provide sick leave to employees that work at least 80 hours in the city of Minneapolis annually. Qualified employees would earn one hour of sick leave for every 30 hours worked, allowing for the accrual of up to 48 hours of sick leave per year. Unused sick time could be carried over from year to year, but the sick leave is capped at 80 hours of leave at any time. For employers with 24 employees or less the ordinance grants a 6-month grace period to implement the policy. It is still unclear how the ordinance would be enforced.

Policies, either formulated by the employer or enforced by governmental organizations, could benefit both the employer and the employee. For the employer, such policies prevent the spread of infection within the workplace and keep employees working at their most efficient levels. For employees, paid and sanctioned sick-leave removes the fear often associated with needing a few hours, or a few days, to recover from illness or to help a loved one do the same.

To read the actual proposal, click here.  The proposed language for the ordinance begins at page 9.