On March 23, 2016, a three-judge panel of the Minnesota Court of Appeals will hold a non-oral hearing in Sanchez v. Dahlke Trailer Sales, Inc., No. 15-1183. The precedent-setting case has enormous implications for undocumented workers who are injured on the job in Minnesota. 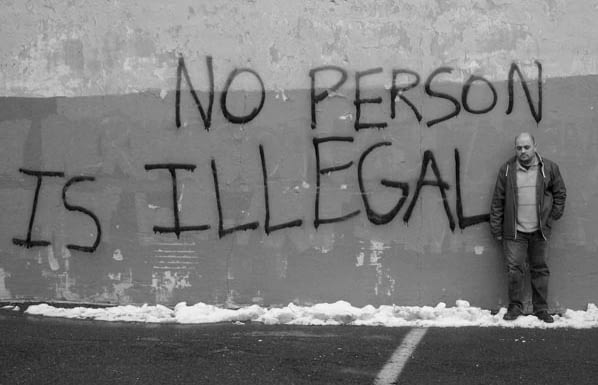 Plaintiff A. Sanchez labored for Dahlke Trailer Sales, Inc. for almost nine years. Sanchez contends that from 2005 until 2013, Dahlke knowingly employed him as an undocumented worker. In addition to Dahlke receiving notice from the federal government that Sanchez’s Social Security number was invalid, Sanchez alleges that over his years of employment, Dahlke’s owners and managers directly asked him his immigration status, conversed with him about it, joked about it, and offered a stream of political commentary about him and immigration policy in general. Sanchez says that he was honest with Dahlke about his immigration status early on during his career with the company.

Nevertheless, Dahlke continued to employ Sanchez until he was severely injured on the job (he put a sandblaster through his leg and was hospitalized). He says he then pursued workers’ compensation benefits and Dahlke responded by telling him that they could no longer help him and that their bridge with him had been cut. Dahlke then removed Sanchez from his position, citing federal law that prohibits employers from knowingly employing undocumented workers.

On Sanchez’s behalf, Madia Law brought suit for violation of Minnesota Statute § 176.82, which prohibits employers from interfering with an employee’s pursuit of workers’ compensation benefits and from retaliating against employees by terminating them. An Anoka County District Court Judge later threw out Sanchez’s case, arguing that the federal Immigration Reform and Control Act preempted his claim, and that Sanchez was only put on leave, not terminated. Sanchez then appealed to the Minnesota Court of Appeals.

Sanchez’s appeal is about whether Minnesota law permits an employer—having enjoyed the fruits of an employee’s labor for many years without any objection to that employee’s undocumented immigration status—to then use that status to claim exemption from anti-retaliation and anti-discrimination laws. It is likely that Sanchez’s case will go to the Minnesota Supreme Court.

Madia Law fights on behalf of all workers who have been treated unfairly by their employers. Employers who attempt to unfairly turn a profit on the backs of undocumented workers harm our state and nation. We are confident that justice will prevail in this appeal.