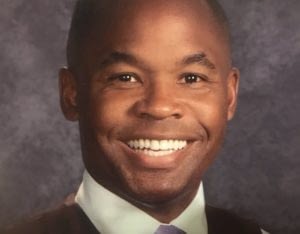 Aaron Benner started teaching at St. Paul Public Schools in 1995 and earned immediate praise for his outstanding results and devotion to students.  He earned tenure in 1999 and was nominated for Minnesota Teacher of the Year in 2005.  He was the only black male teacher at Johnson Elementary during the 2014-15 school year.

In July 2013, the St. Paul School Board adopted a “racial equity” policy.  Superintendent Valeria Silva hired an outside consultant – Pacific Educational Group – to implement the policy across St. Paul schools. PEG rooted its implementation program in Critical Race Theory, which teaches that “everything in life should be viewed through the prism of race and through privilege.”  Silva admits that PEG departed from Dr. Martin Luther King’s teachings that we should aim for a color-blind society, where people are judged by the content of their character, not the color of their skin.

PEG trained all teachers to “[i]dentify, examine, and ‘de-center’ the role and presence of whiteness in their own lives and classrooms.”  The District evaluated teachers on their ability to “[a]pply Critical Race Theory & Protocols as they respond to something” and directed them to draft “racial autobiograph[ies].”  PEG instructed teachers to begin speaking by first acknowledging their race: “[A]s a white woman, I feel this.”

PEG also set mandates to reduce disciplinary numbers amongst African American boys to make the statistics more “equitable.”  “[W]e were told we have to lower the suspension rates of African American males, we are told that we’re going to be working with this lanes of equity, we have racial equity, and rules changed, behavior standards changed just for one segment of the population, of our African-American boys.”  The District pressured teachers to not write behavior referrals for black boys.  Teachers who nonetheless wrote behavior referrals were interrogated as to why they triggered students. And administrators didn’t act on many referrals that teachers wrote, instead opting to send violent students right back into the teacher’s classroom. The District imposed no discipline or lenient discipline on black students compared to other races in order to improve its behavior statistics.

The District’s implementation of its racial equity plan unleashed mayhem, as teachers no longer had the tools or support necessary to deal with persistent behavior issues, including violence.  Students quickly understood that teachers possessed very limited authority to impose consequences for misconduct, and soon even normally well-behaved students stopped following the rules.  The chaos made it difficult, if not impossible, for teachers to maintain a conducive learning environment and focus on their core mission of educating students.

Benner thought that the District’s implementation of its equity policy was illegal because it held black children, especially black boys, to a lower set of expectations and rigor than other children. Benner believed that lower expectations for black boys crippled them and set them up for future failure.

So Benner went to the School Board meeting on May 20, 2014 and told Board members what he thought:

Over the next school year – 2014-15 – the District investigated Benner 4 times and disciplined him 3 times.  He had never been disicplined before in his entire 19 year teaching career.  He ultimately resigned in summer 2015 because he thought he had no choice.

He brought a claim for constructive discharge against the District.  We represented him and defeated the District’s motion for summary judgment in May 2019.  In August 2019, the Court ruled that Benner could seek punitive damages for the District’s conduct.

We were honored to represent Benner, who had the courage of his convictions and told the truth about the tragic impact of the District’s decision to focus more on students’ race than their character.