A lawyer filed a motion late Tuesday calling on a judge to rule on the legality of gay marriage in North Dakota, the last US state to face a challenge to its constitutional ban on same-sex unions. 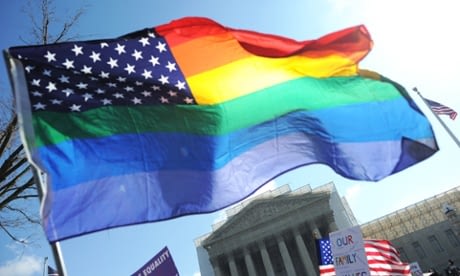 Attorney Joshua Newville, representing seven couples in the state, filed the motion for dismissal in the US district court in Fargo in a move that has been successfully used in other states wrestling with same-sex marriage bans. Other bans are currently being challenged in states including Colorado and Georgia.

Newville’s original suit, filed in June, argues that the ban subjects same-sex couples seeking to marry to “an irreparable denial of their constitutional rights” and the state “will incur little to no burden in allowing same-sex couples to marry and in recognizing the lawful marriages of same-sex couples from other jurisdictions on the same terms as different-sex couples”.

Earlier this month North Dakota solicitor general Doug Bahr called for Newville’s case to be dismissed arguing that states have the right to define and regulate marriage.

Newville, a lawyer with the Minneapolis-based firm Madia Law, said: “We are seeking an order from a district judge that declares marriage equality the law of the land in North Dakota.”

North Dakota is the final state to face a challenge to a same-sex marriage ban. The legal case comes after a series of local victories for marriage equality proponents across the US that is putting pressure on the US supreme court to rule once more on gay marriage.

“We all agree that North Dakota denies loving, committed same-sex couples recognition of their marriages. That is not in dispute,” said Newville. “This is a constitutional issue and North Dakota is in violation of the constitution by refusing to marry couples and to recognise marriages from other states and jurisdictions.”

Celeste Carlson Allebach who, with her wife Amber, is one of the plaintiffs in the case said: “We’re very excited with this filing. We’re optimistic and hope to get a ruling before the birth of our coming child so that our family will be recognized as equal under the eyes of North Dakota law and both of us can be listed as parents on our child’s birth certificate.”

Last June the highest US court ruled that married same-sex couples were entitled to federal benefits and effectively ended a ban on gay marriage in California that had been overturned by a lower court. In the wake of those decisions courts in more than a dozen states have invalidated bans on same-sex marriage while others have partially invalidated their rules to recognise marriages from outside the state.

Carl Tobias, Williams professor of law at the University of Richmond said it now looked inevitable that the supreme court would have to revisit same-sex marriage.

“Since the supreme court decision we have had a stream of rulings that have favoured plaintiffs and I think we are likely to see the same in North Dakota,” said Tobias.

“In all likelihood one of the courts could vote against same-sex marriage,” said Tobias. He said he had been surprised that so far decisions had been “so uniform and so fast. The decisions are building on one another and finding earlier arguments persuasive.”

But he said a vote supporting a gay marriage ban was likely and that such a vote would likely lead to another supreme court hearing.