On June 24, 2014, after a two-day trial, a federal jury found that officer Robert Thunder violated Madia Law Client Michael Flowers’ constitutional right to be free from unreasonable search and seizure. Madia Law Attorney Ashwin Madia represented Mr. Flowers at trial, which was presided over by Chief Judge Michael Davis of the United States District Court for the District of Minnesota. 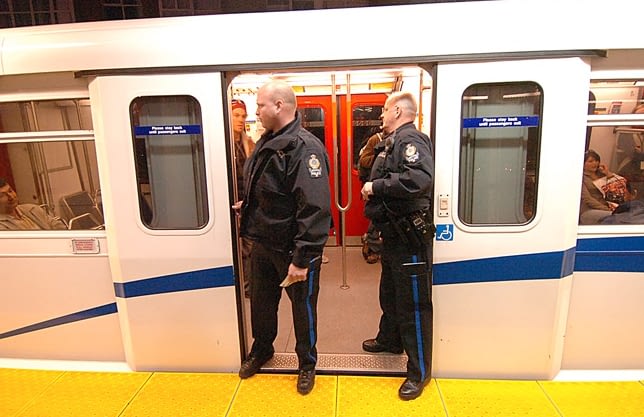 Mr. Flowers is a 51-year-old disabled black male who has Acquired Immune Deficiency Syndrome (“AIDS”), a serious and potentially deadly condition that has an extreme effect on daily life activity and enables him to receive “limited mobility” designation on his Minnesota drivers license. A designation of “limited mobility” allows for reduced fare with Metro Transit.

On Saturday, September 25, 2010, at approximately 8:50 in the morning, Mr. Flowers was peacefully riding a southbound Metro Transit light-rail train, en route to referee a football game. Mr. Flowers paid his fare prior to boarding the train, as required.

At approximately that time, the train stopped at the downtown Metrodome station, and Defendant Thunder boarded the train. Defendant Thunder began verifying the fares of riders on the train, checking approximately two individuals’ fares before approaching Mr. Flowers. It is at this point of the incident where the parties’ versions of events began to differ at trial. Mr. Flowers’ Complaint alleged that:

Out of legitimate concern for his rights of privacy and to be free from unreasonable inquiry, Mr. Flowers responded that it was personal, not of Defendant Thunder’s concern, and that he didn’t have to tell him. Mr. Flowers then requested his transfer and fare back, to which Defendant Thunder shouted, “No! Sit down!”

Mr. Flowers was then given a trespass notice from Metro Transit and told that he wasn’t allowed to use the bus or train system for 30 days.

Mr. Flowers was locked up and forced to remain in Hennepin County jail for the entire weekend.  Mr. Flowers was unable to communicate with family, friends, or his employer.  This caused Mr. Flowers to miss work, resulting in his termination. It also caused great concern and emotional anguish for Mr. Flowers, and for his family and friends—who were unaware of his whereabouts.

Mr. Flowers was not released from jail until after 1:00 PM on Monday, September 27, 2010, after appearing before a Judge and pleading, “Not Guilty” to the charge of disorderly conduct. Later, the State chose not to pursue that charge against Mr. Flowers.