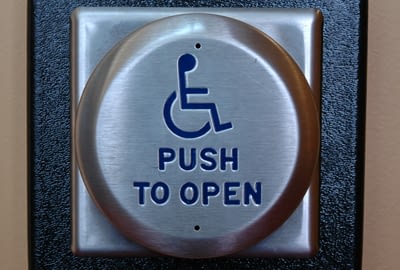 FACTS OF THE CASE

Ms. Wandersee started at Farmers as its lead loan processor in 2001 and was promoted in 2006 to its Compliance Officer.  After her promotion, she suffered a severe relapse of her previously diagnosed multiple sclerosis, causing fatigue, impaired mobility, balance problems, and discomfort.  Farmers and Ms. Wandersee agree to reasonable accommodations for her disability, including flexible work hours that allowed her to make medical appointments during work hours on occasion.  Farmers additionally changed Ms. Wandersee from a salaried to an hourly employee against her will.

As the Bank’s Compliance Officer, Ms. Wandersee had lead responsibility for the Bank’s 2010 examination by the Federal Deposit Insurance Corporation (FDIC).  Farmers received the same overall rating from the FDIC that it received in 2007.  Nonetheless, immediately after the examination, Farmers terminated Ms. Wandersee’s employment.  Farmers replaced her with a salaried, non-disabled employee.

First, a plaintiff must show that:  a) she has a disability under the ADA; b) she was qualified – with or without reasonable accommodations – to perform the essential functions of the job in question; and c) she suffered an adverse employment action because of her disability.

Second, if an employee can show the above three things, then the burden shifts to the employer to articulate a legitimate, non-discriminatory reason for its actions.

Third, if the employer articulates a non-discriminatory reason, then the burden shifts back to the employee to show that the employer’s reason is just a pretext for unlawful discrimination.  Rehrs v. Iams Co. (8th Cir. 2007).

“ESSENTIAL FUNCTIONS” OF THE JOB UNDER THE AMERICANS WITH DISABILITIES ACT

Farmers argued to the court that Wandersee was not qualified to perform the “essential functions” of her position as she was not able to be present at the Bank during all normal business hours.  The court found that fact issues existed for a jury to determine regarding the essential functions of the job, and noted that:  a) no job description for Wandersee’s position existed before her conflict with Farmers began; b) Farmers’ employee handbook did not specify hours for the Compliance Officer; and c) Wandersee worked at home and during some evenings for a period of time with Farmers’ permission.  On these facts, a reasonable jury could conclude that being present at the bank during all normal business hours was not an essential function of the Compliance Officer’s position.

PRETEXT UNDER THE AMERICANS WITH DISABILITIES ACT

Farmers claimed that it terminated Wandersee because the results of the 2010 FDIC examination were unsatisfactory.  Wandersee challenged this reason and argued that it was pretext for unlawful disability discrimination.  Wandersee pointed out that Farmers received the exact same FDIC rating in 2007 and didn’t terminate anyone.  Moreover, Wandersee offered evidence, including emails from her superiors at Farmers, that showed Farmers was already considering terminating her in 2009, well before the FDIC examination.  On these facts, the court concluded that summary judgment was inappropriate as a reasonable jury could find that Farmers’ stated reason for terminating Wandersee was a pretext for unlawful employment discrimination.

A trial date has not yet been set.